The story of Rabbi Simeon bar Yohai is often retold on Lag Ba'Omer. What is he known for?

Which Talmudic sage is associated with Lag Ba'Omer?

What is one explanation for why we celebrate on Lag Ba’Omer?

What city in Israel is it traditional for Jews to visit on Lag Ba'Omer?

Lag Ba'Omer is sometimes marked by which of the following activities?

The Hebrew letters "lamed" and "gimel" which make the acronym "lag" represent what value?

The "omer" is counted off between what two holidays?

What game is traditionally played on Lag B'Omer?

Jerusalem pollution rises by how many times the normal rate on Lag B'Omer due to the bonfires?

What is Lag B’Omer?

Lag B’Omer literally means the 33rd day of the Omer.  The Omer is counted for 49 days between the end of Passover and the holiday of Shavuot (derived from the practice of counting the days from the barley offering at the Temple to the day of the wheat offering on Shavuot, in the Torah).  The holiday celebrates a break in a plague that is said to have occurred during the days of Rabbi Akiva. According to lore, the plague raged among Rabbi Akiva’s disciples because they did not act respectfully towards each other.  Therefore, Lag B’Omer carries the theme of loving and respecting one’s fellow human beings.  The Talmud states that the great teacher of Jewish mysticism Rabbi Shimon bar Yochai (one of Rabbi Akiva’s students) died on Lag B’Omer.  It is said that Rabbi Shimon and his son Rabbi Elazar hid in a cave for twelve years so that they could study freely and avoid persecution by the Romans in the second century of the Common Era.  On the day of his passing, Rabbi Shimon instructed his disciples to mark the date as “the day of my joy”.  In modern times, therefore, the holiday has also come to symbolize the resilience of the Jewish spirit and it is a day to reflect on the natural beauty of the world.

How is Lag B’Omer celebrated?

Lag B’Omer is the one day during the 49 days of the Omer (which is considered to be a period of semi-mourning) in which celebrating is allowed.  Many Jews like to plan weddings on this date for this reason.  It is customary, however, to celebrate by going on outings and picnics.  The most popular activity on the holiday is creating a bonfire; other activities include playing sports, playing with bows and arrows, having parades and visiting the resting place of Rabbi Shimon in Meron, Israel. 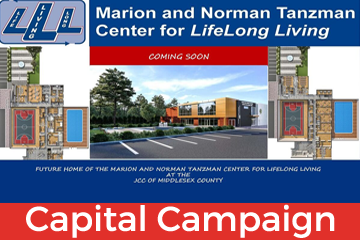